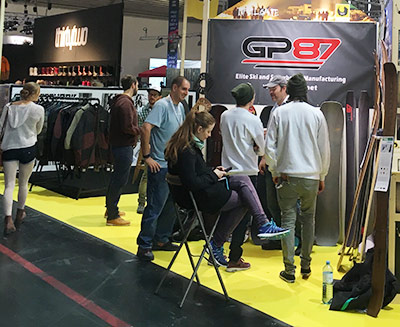 GP87 is a global manufacturer of skis and snowboards.

GP87's vision is to design and make the best skis and snowboards in the world. With manufacturing in Shenzhen, China; prototype capabilities in the USA; and sales and tech support located throughout North America, Europe and Japan; our global team offers the best overall experience covering all phases of the business.

At GP87 we know how a snowboard or ski should look, feel and perform. In fact, our ownership loves to use the product we make. Our original founder - Dan Agundes - has been snowboarding since he made his first board in 1987, when he was just 14 years old.

GP87 does not market for our own brand. Instead, we provide superior design and manufacturing solutions for our demanding customers. GP87 is capable of listening to your input and feedback to help you design and improve your product, ultimately adding much more value to your brand than our competition can dream to provide.

The level of expertise, dedication and passion at GP87 means that we do what others cannot. We have the drive, expertise, machinery and creativity it takes to make the best product in the world.

Contact us to find out what we can do for you. 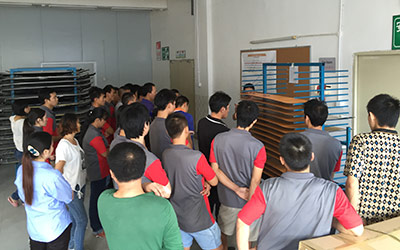 Dan was born and raised in Northern California and has been riding and hand-crafting snowboards for 3 decades. He is the original founder of GP87 and is responsible for overseeing quality, design and all other product-related matters at the factory in China.

Ben is originally from the Chicago area and lifelong friends with David. After living in Denver for several years and exploring the Colorado Backcountry, as an avid snowboarder, he has moved to China full time to manage the company and oversee all daily operations of the factory.

Oliver has 17 years experience making skis, snowboards and kiteboards in China and is in charge of daily production and quality management.

Jeff is originally from Alabama but now has over 20 years' experience in China running many types of global enterprises. Jeff is fluent in Mandarin and was integral in the founding of the company.

Eric has a long personal experience in ski and snowboard manufacturing. He has an excellent ability for solving technical problems in a hands-on manner. Eric works from the USA and travels to China frequently to oversee the details of the projects that he manages.

David is originally from the Chicago area but now splits time between the USA and China. David is fluent in Mandarin and was integral in the founding of the company.

1987:
Dan Agundes and his brother Jon pressed their first snowboard out of horizontally laminated wood.
1991:
Dan and Jon sold their first Yaqui Snowboards.
1993:
Dan left college as Yaqui started to take off. Although he achieved fame and fortune, he had to throw away his chance at becoming president of the United States of America.
1995:
Eric Luthardt began working for Ride, Inc.
1995:
Jeff Olyniec moved to China: where he still lives today.
2001:
Dan started Yaqui Sports to produce OEM snowboards for beverage companies. Yaqui Skis & Snowboards changed to Yaqui Sports. Dan worked as a consultant for a number of ski and snowboard manufacturers across Asia.
2003:
David Kruse moved to China setting up and running factories.
2004:
Eric started working at Flow, doing all of the shaping, engineering and design work.
2007:
David and Dan meet at a dive bar in Long Gang and the idea is born (at the time, they only knew each other as Snowboard Dan and Dave from the Bar).
Jan 2014:
GP87 was formed - and set up a new factory with modern high precision equipment and an all-star team.
tags:
private label snowboards, custom snowboard factory, snowboards manufacturer, snowboard oem production, china snowboard, american snowboard